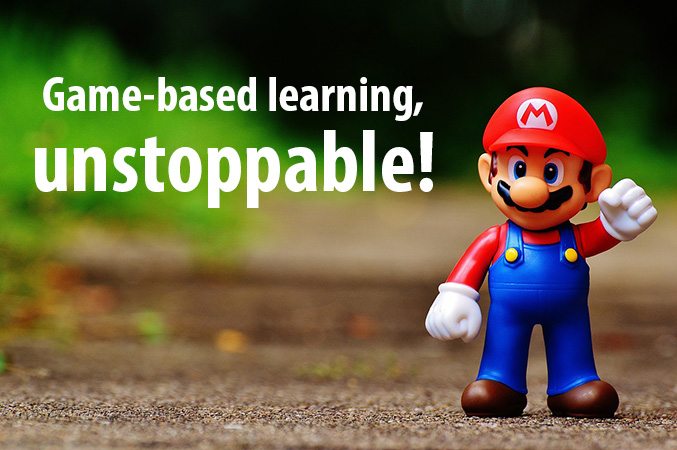 In recent years, game-based learning has become one of the most rapidly growing learning methods in the world of teaching and corporate training. Little by little, teachers and HR managers have come to realise that video games are not just for having fun, they are also great for teaching students and workers.

And everything would seem to suggest that its use is going to keep growing in the years to come. Certain demographic, technological, economic and social tendencies point to a future in which game-based learning will be ever more important. These are the seven most important:

1. Never before has it been so easy (and so cheap) to develop video games

In recent years, the prices of software programs have fallen and now there are even free tools out there to create simple video games for learning purposes. What used to require important investment can now be done with much more modest budgets. To make a serious game still needs a lot of know-how and a major investment, but the industry is more democratic nowadays and it’s much more simple (and cheap) than just a decade ago.

2. The players are getting older

In the 20th century, video games were all the rage among young kids and adolescents. Nowadays, they are all somewhat older but they are still crazy about their adventure, arcade or strategy video games. In many countries in Europe, the average age of players is around 35; in the States, more than half of the adult population consume video games. All these people are coming into jobs of certain responsibility (in companies, governments and universities) and undoubtedly, they are going to be more open to using game-based learning programs.

Once upon a time, most people playing video games were male (or at least that was the stereotype). Nowadays though, the trend has changed quite considerably: not only are women using video games, in many countries they are in the majority. In the United Kingdom, for example, a recent study said that 52% of video game players are women.

Nowadays there’s no need to buy a console or to head off to a shopping centre to enjoy a video game. Now we just press a button and we have it there on our smart phone and we can start playing at any time of day or night no matter where we are on the planet. The fact that mobile devices are everywhere has given video games a huge boost: in 2015, 51.6% of US citizens played on their mobile telephone. Not only has the combination of video games and smart phones encouraged many people to try them and to get hooked on them, it has also meant huge cost savings.

5. More professionals have been trained to develop video games

Universities all over the world are introducing Bachelor and Masters degrees in video game development. If only a couple of decades ago it was hard to find specialised engineers or designers, nowadays there is no room for many of them in the more commercial side of the industry. This is opening up new opportunities in the world of game-based learning, which is being fuelled by thousands of professionals who are able to develop sophisticated video games for learning purposes.

The term “gamification” has made a niche for itself in public institutions, the media and private companies. If game dynamics was freak territory just a few years ago, nowadays game techniques to obtain results (to recycle more, to exercise, to work better…) are assumed as something natural. Even though it’s not the same thing, the popularity of gamification is undoubtedly giving another important boost to the unstoppable growth of game-based learning.

Internet has changed the way we live and work – and the way we learn. Traditional teaching methods and even e-learning are becoming obsolete. In the face of society’s new demands and the incorporation of millennials into the work market, there is a need for learning methods that are effective and innovative and able to adapt to the times we live in and can actually motivate pupils. Game-based learning can be one of the solutions.

These seven tendencies (and probably one or two more we’ve forgotten to mention) point to a future in which video games will be more and more used as teaching tools. The doubts have gradually cleared. Game-based learning is here to stay.